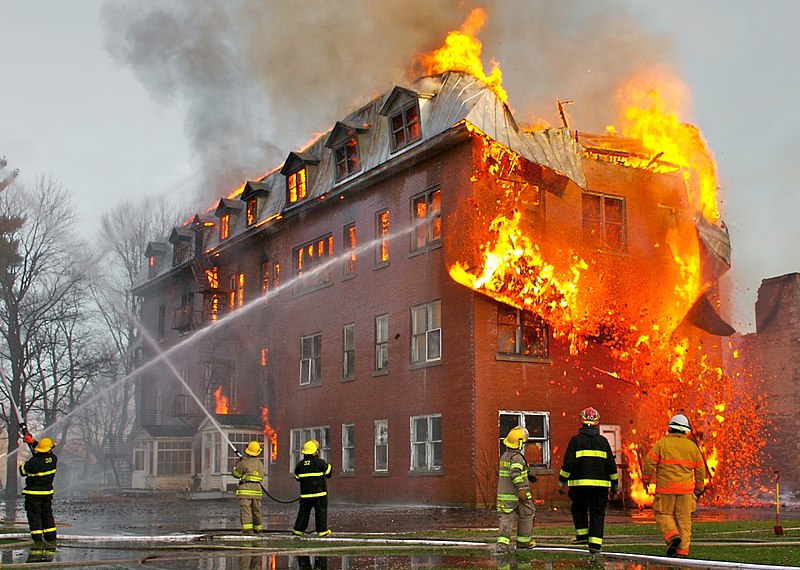 PURPOSE OF THE UNIT STANDARD

The skills, values and knowledge reflected in this unit standard are required by people in the field of manufacturing and engineering.

The learning outcomes in this unit standard also contribute to the exit level outcomes required for various manufacturing and engineering qualifications.

Qualifying learners can select and use the appropriate firefighting equipment to extinguish or control fires in the workplace.

LEARNING ASSUMED TO BE IN PLACE AND RECOGNITION OF PRIOR LEARNING

This unit standard has been designed as part of a progression. It is one of a series of unit standards for safety, health and environmental protection in the field of manufacturing and engineering.

The scope and level of this unit standard is determined by the ranges as indicated under the specific outcomes.

A firefighter is a rescuer extensively trained in firefighting, primarily to extinguish hazardous fires that threaten life, property, and the environment as well as to rescue people and in some cases or jurisdictions also animals from dangerous situations. Male firefighters are sometimes referred to colloquially by the historical term fireman (and, less commonly, a female firefighter by the term firewoman) although the use of this terminology is officially discouraged.

The fire service, also known in some countries as the fire brigade or fire department, is one of the three main emergency services. From urban areas to aboard ships, firefighters have become ubiquitous around the world.

The skills required for safe operations are regularly practiced during training evaluations throughout a firefighter’s career. Initial firefighting skills are normally taught through local, regional or state-approved fire academies or training courses. Depending on the requirements of a department, additional skills and certifications such as technical rescue and pre-hospital medicine may also be acquired at this time.

Firefighters work closely with other emergency response agencies such as the police and emergency medical service. A firefighter’s role may overlap with both. Fire investigators or fire marshals investigate the cause of a fire. If the fire was caused by arson or negligence, their work will overlap with law enforcement. Firefighters also frequently provide some degree of emergency medical service, including certifying and working as full-time paramedics from engine, truck, and rescue companies in some systems to initiate advanced life support until ambulance transport arrives.

The Firefighting is further broken down into skills which include: size-up, extinguishing, ventilation, search and rescue, salvage, containment, mop up and overhaul. 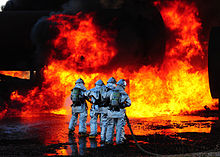 A fire burns due to the presence of three elements: fuel, oxygen and heat. This is often referred to as the fire triangle. Sometimes it is known as the fire tetrahedron if a fourth element is added: a chemical chain reaction which can help sustain certain types of fire. The aim of firefighting is to deprive the fire of at least one of those elements. Most commonly this is done by dousing the fire with water, though some fires require other methods such as foam or dry agents. Firefighters are equipped with a wide variety of equipment for this purpose that includes: ladder trucks, pumper trucks, tanker trucks, fire hose, and fire extinguishers. 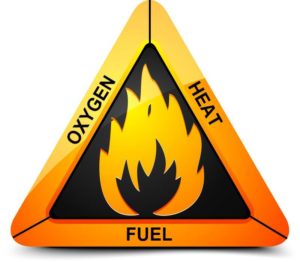 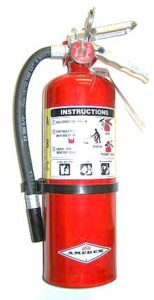